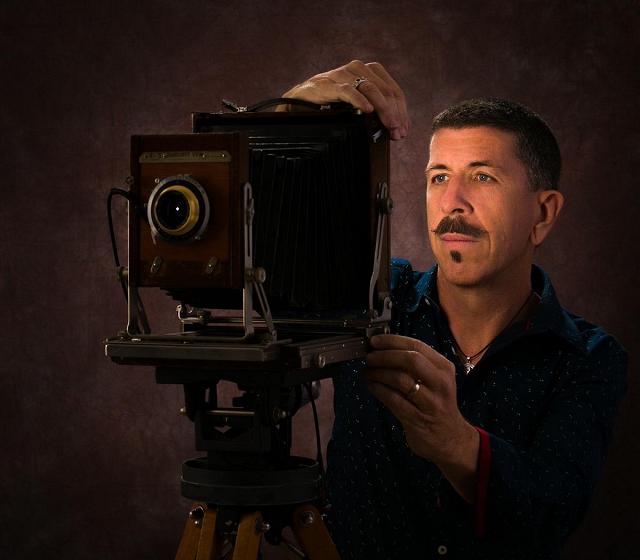 Dave Carter is a fine art commercial photographer  based in Tucson Arizona. He has been practicing his craft for over thirty years. Carter brings a mystic, photographic vision to his work through his search of the elusive spirit of a place or thing. He believes that this essence is always given as a gift, for it can never be taken from the subject unwillingly. He also believes this spirit is fleetingly offered only when the artist’s consciousness is free and open, regularly enough to keep one drawn to the place where its presence is strongest. The subject of mystery as well as the play of light have drawn Carter for as long as he can remember. Even as a child he has always seen the world in allegorical vignettes and found photography to be the best at recording what he perceives. A good portion of his life has been spent wandering the southwest and other places were dramatic light and ancient energies seem to permeate. Dave believes there is magic in the world. He also believes that well-practiced photography is able to frequently capture those energies and hold them in a two dimensional space. He equates this process to portraiture, “You can have a sequence of 15 wonderful images of a person, but there is always one that encapsulates that something extra and reveals something more of that person.“ He uses his skills and understanding of light to bring a variety of moods and interest to his client’s projects. “Sure, I can go out and simply create a successful, well crafted photograph, but for me it is more about depicting that intangible universal connection between the subject and its surroundings that continually draws me to a higher level of technique and observation”.